The Treaty Grounds at Waitangi have an array of buildings, with four of the more notable buildings being – the Treaty House, a “colonial cottage” established in 1833, Te Whare Runanga (officially opened in 1940), the Whare Waka (opened in 1976) and the Waitangi Visitor Centre, by Architect John Scott – opened in 1983.

Paramount to Scotts thinking was the idea of the building relating to the surrounding landscape – the building becoming a part of the landscape. It is these ideas that have been developed and form the basis for the new building. 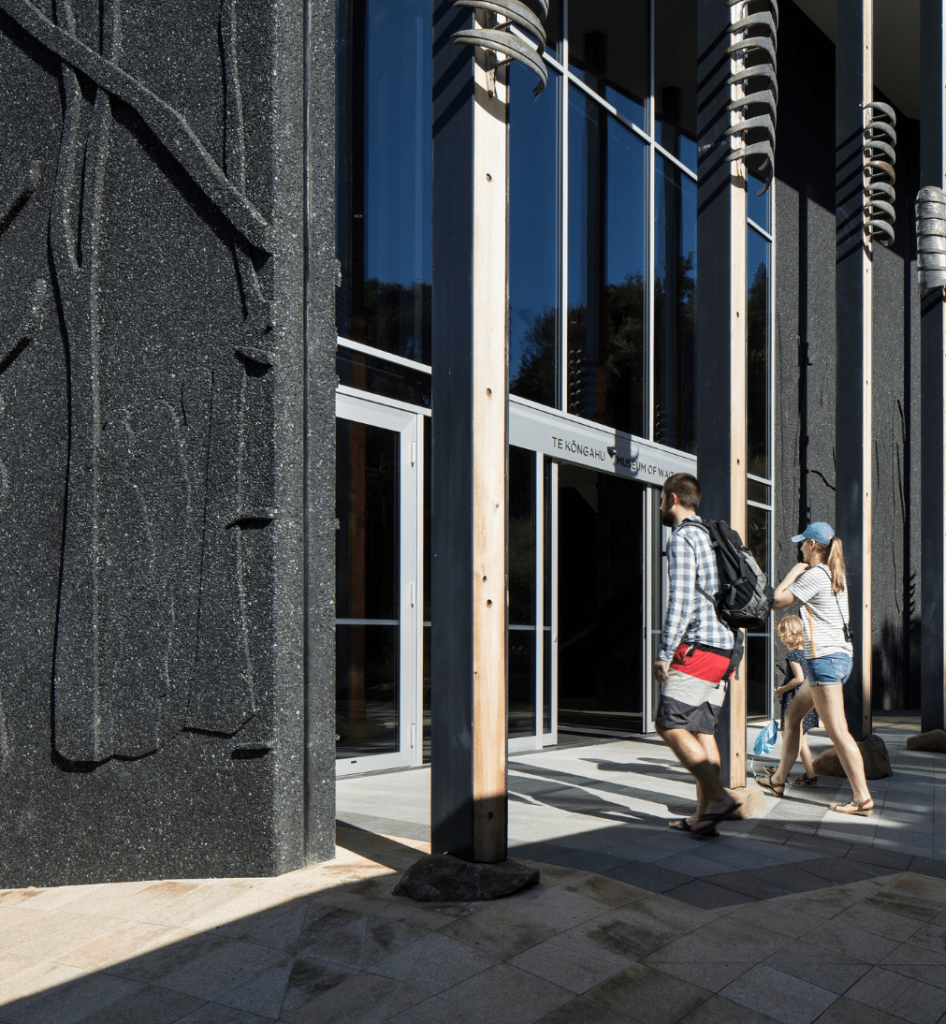 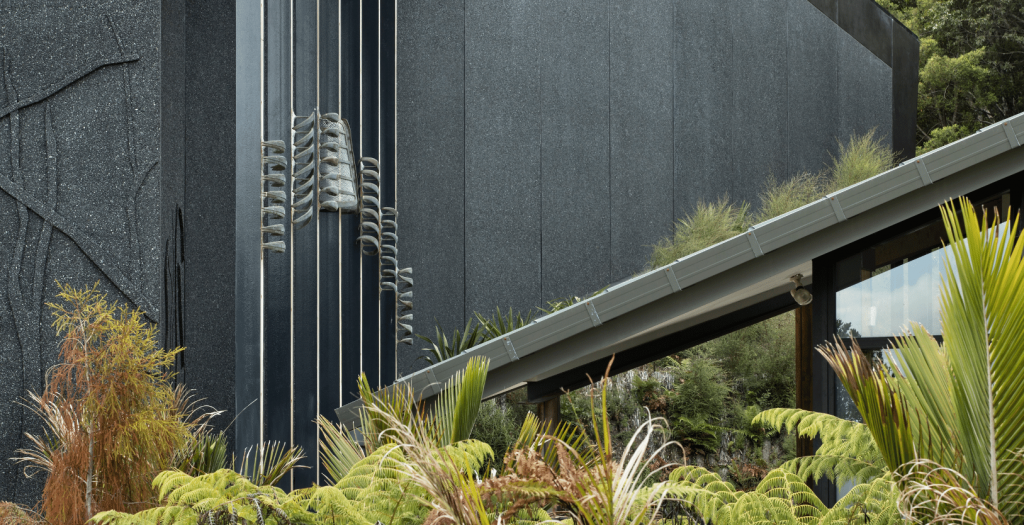 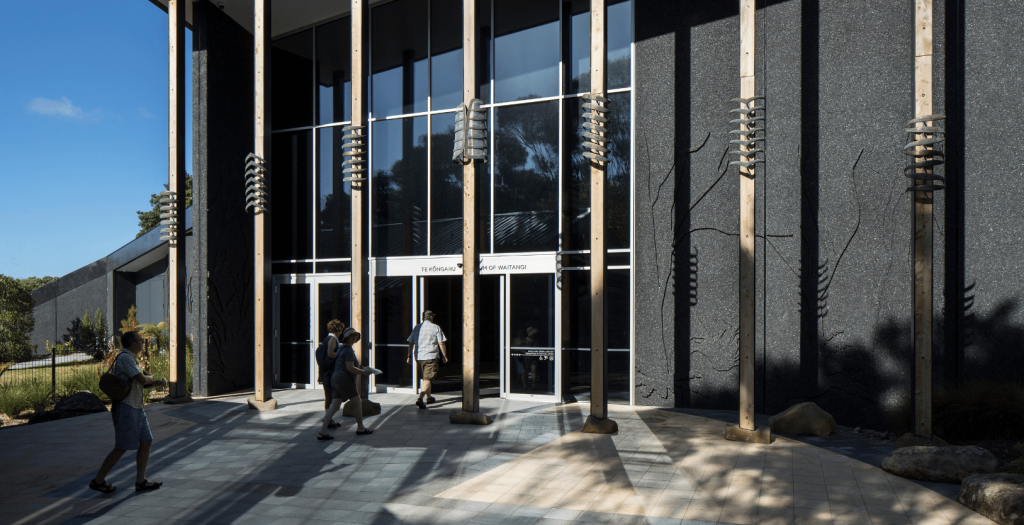 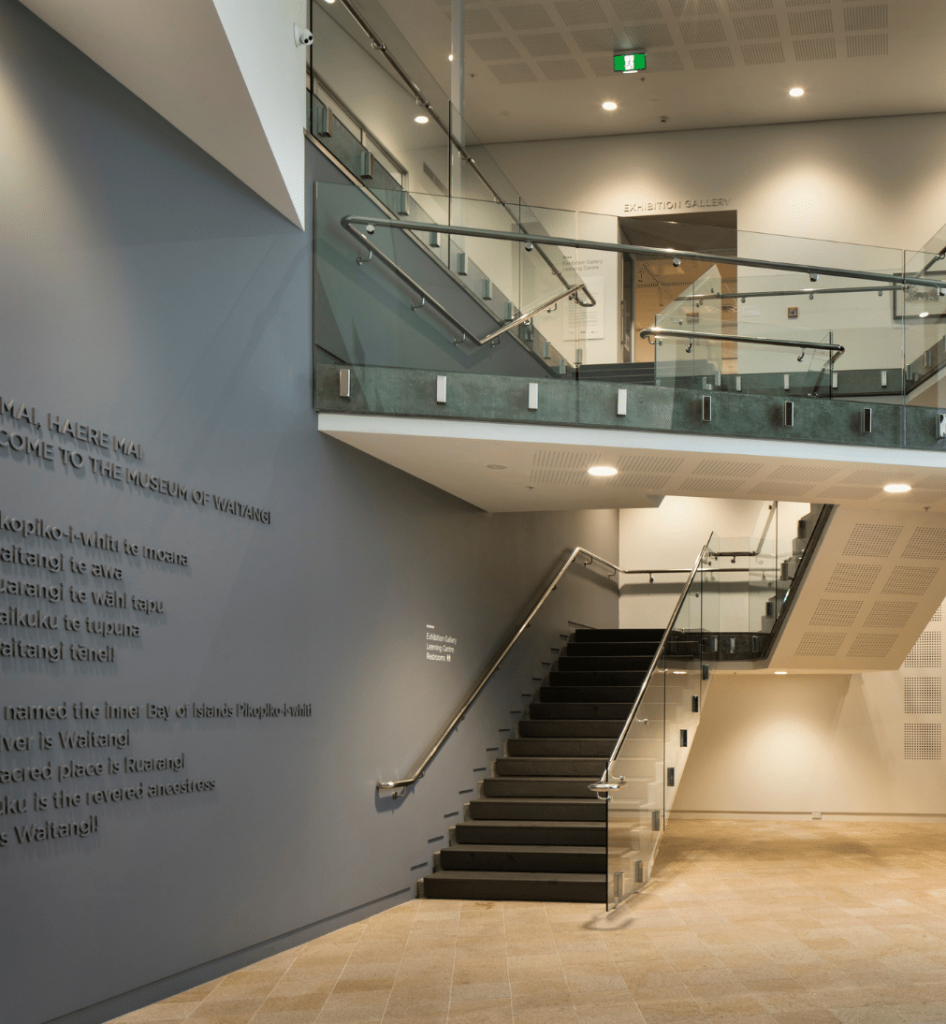 The new Museum and Education Centre is located on a previously modified piece of land bounded by Tau Henare Drive to the west, staff parking to the north, access road and Visitor parking to the south and the existing Reception Building to the east. 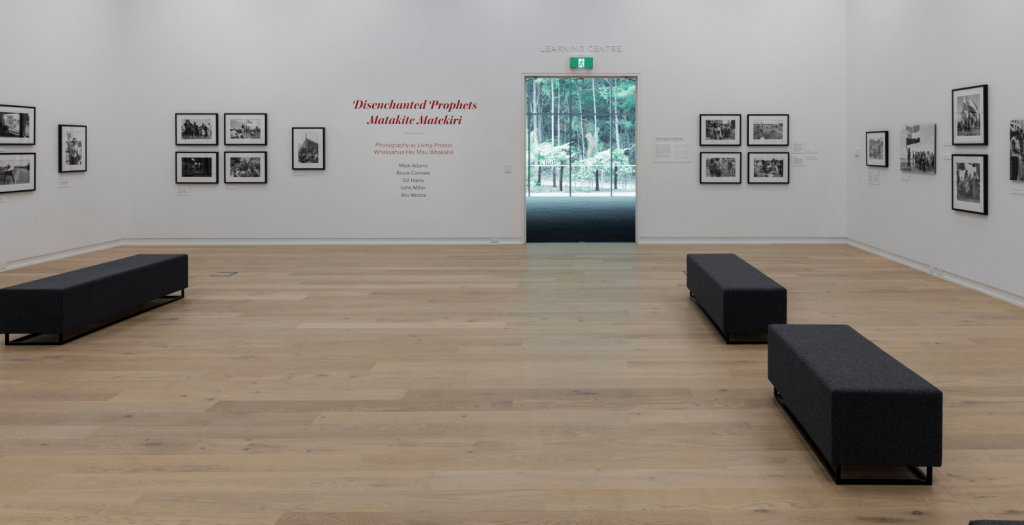 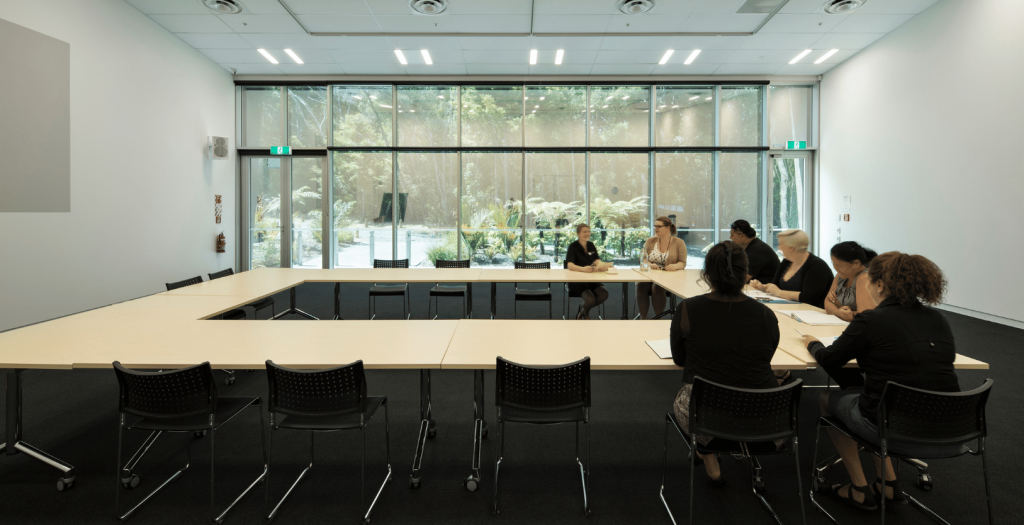 The building provides 664sqm of museum display, 108sqm of storage + the upstairs gallery and learning centre take up a combined 297sqm – all temperature and humidity controlled to the national museum standards.

The form of the new building is designed to replicate the slope of the existing typography. The long/low shape of the building has been cut into the landscape effectively reducing the buildings apparent height to a single storey.

The over-riding idea behind the design is to blend the building with the existing landscape. The solid precast concrete walls of the building will be treated with texture and colour to reflect an abstract of the shadow cast by the surrounding tree canopy. 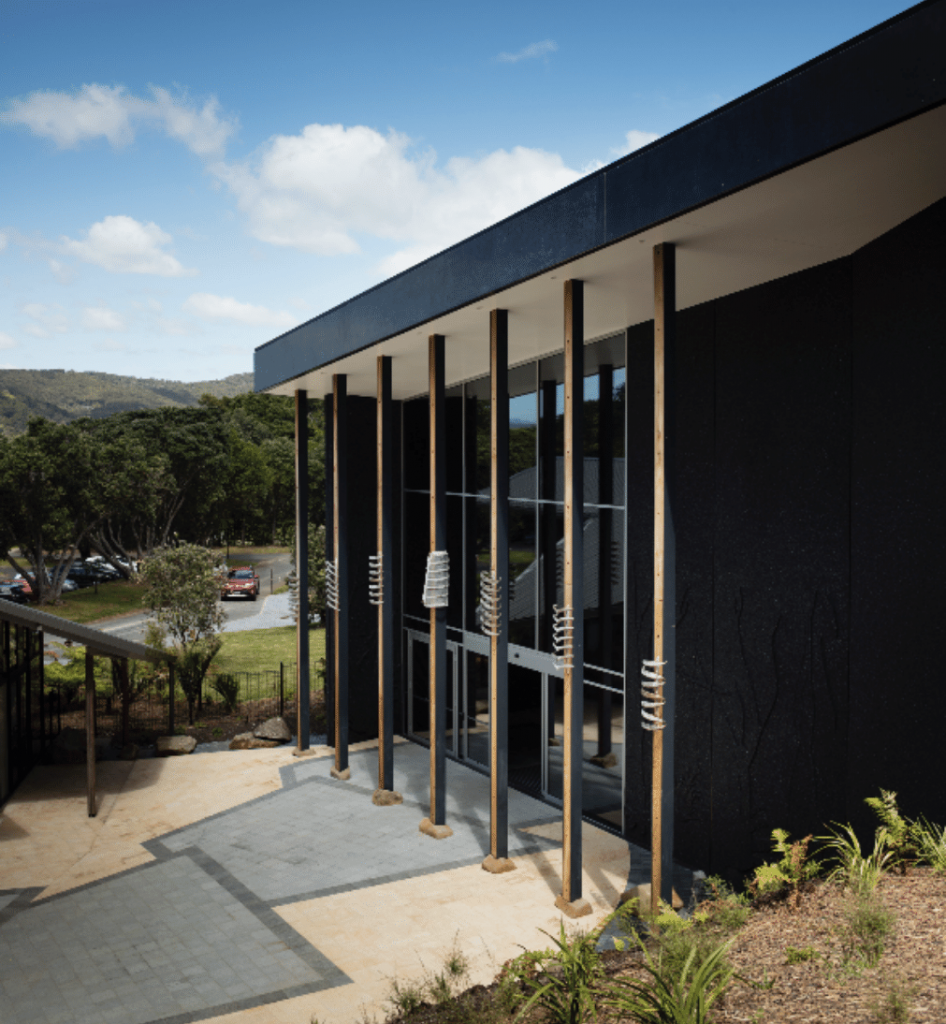 ”The new Museum of Waitangi is an addition to the country’s most historic precinct and complementary to others there. It’s not seeking to be the star: it’s at the service of the visitor’s experience of our country beginnings; its a long awaited treasure box for the return of some of the North’s most precious taonga and will tell it’s stories in a new way for a new generation.” 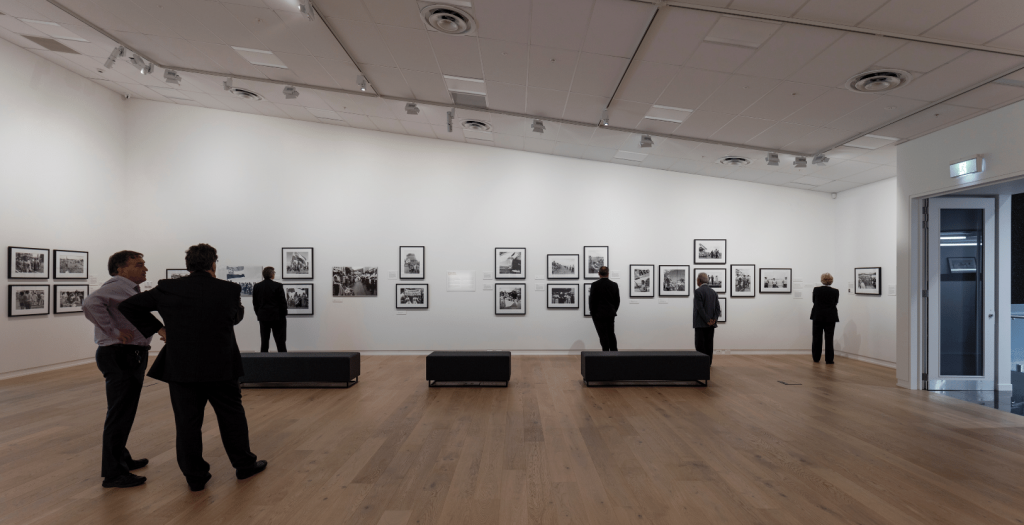 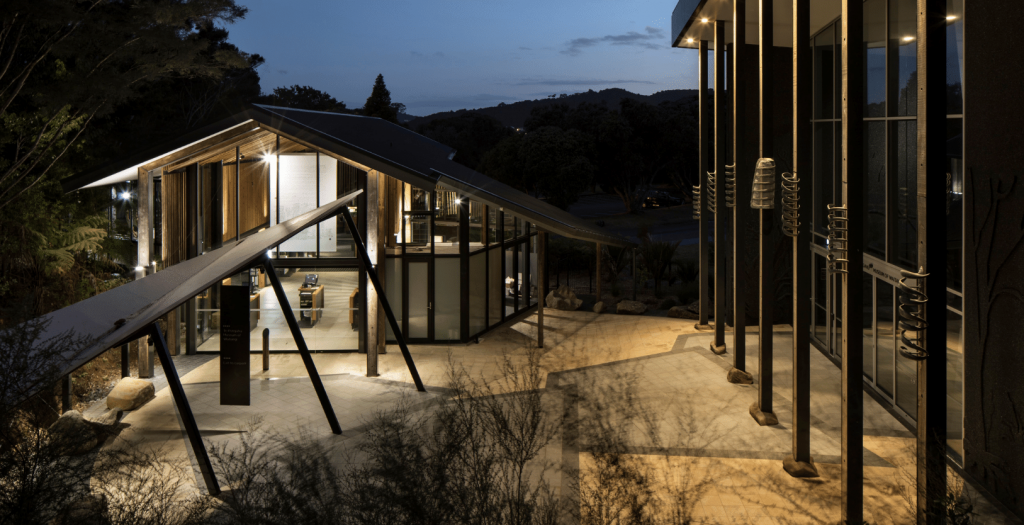