We’re thrilled to announce the recent completion of the Hundertwasser Art Centre—a project nearly three decades in the making.

Austrian/Kiwi Artist Friedenreich Hundertwasser initially sketched out his vision of a new art gallery in Whangarei and then worked alongside Heinz M. Springmann, one of Hundertwasser’s original architects, to bring the design to fruition.

Kerry Reyburn had a significant role throughout the project – both during the documentation and observation of the work during construction.

As a team, we have worked tirelessly to bring this project to life and are thrilled to see it in its final form. 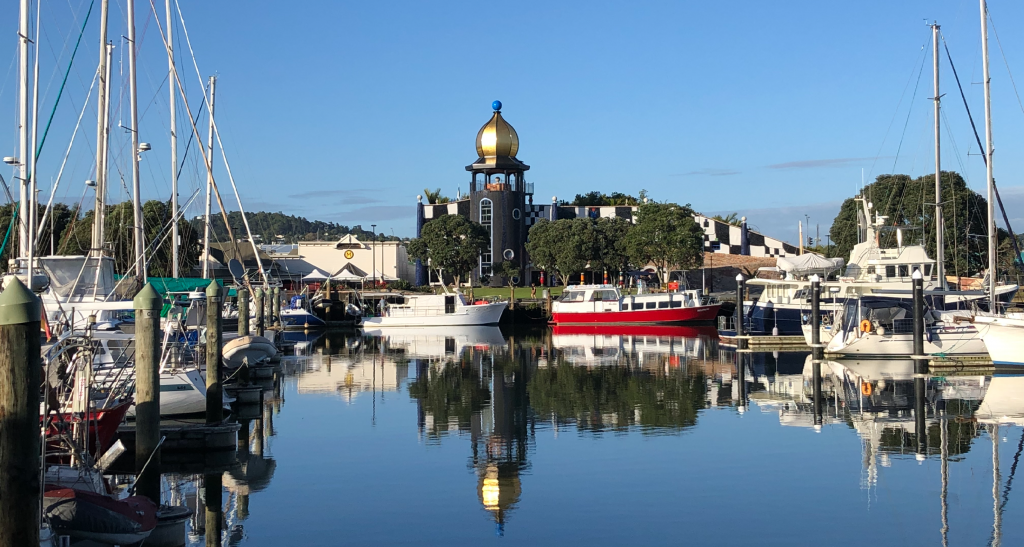 The inspiration for Hundertwasser

Friedenreich Hundertwasser was one of Europe’s most celebrated modernist artists and was renowned for his architectural designs which sparked creativity and a visionary ecological dimension.

The spirit of spontaneity, organic irregularity and harmony with nature pull together to generate the impact of this design in its final form.

The design was initially sketched when Hundertwasser was first approached by then-mayor Stan Semenoff, but getting it built proved far from straightforward.

Three decades in the making

It took a referendum, a huge public fundraising campaign and thousands of hours given from volunteers to bring the project to life.

The galleries are floored with recycled timber and 35,000 bricks that were individually chipped and cleaned by local volunteers to use throughout the build.

There are more than a million pieces of tile featured throughout the building, showcasing the individual creative expressions of local artisans glimpsed throughout.

Inside the Hundertwasser Art Centre, visitors will be able to see the original 3D model that Andreas Bodi created—this model was frequently referred to by us to assist during the documentation process.

The galleries feature the only permanent display of original Hundertwasser works outside of Austria and is the first public gallery in Aotearoa New Zealand dedicated to the finest contemporary Māori art.

The Hundertwasser Art Centre promises to be a magnet for visitors and is destined to become one of the most photographed buildings in the country.