February has been an extra special month for us, with the official opening of ‘Te Rau Aroha’ on the Waitangi Treaty Grounds.

This is HB Architecture’s 7th project on the treaty grounds, spanning the past 12 years. It truely holds a special place in the hearts of our team.

Named ‘Te Rau Aroha’ after the mobile canteen that brought tobacco, cake, music and radio to the Māori Battalion line during World War II. This new museum on the Waitangi Treaty Grounds includes the stories of the New Zealand wars and the Boer War, with a strong focus on the Pioneer Battalion of WWI and the Māori Battalion.

We were also fortunate that Prime Minister Jacinda Ardern not only attended the dawn opening ceremony, but also promoted the new building via a live stream video on her Facebook page. 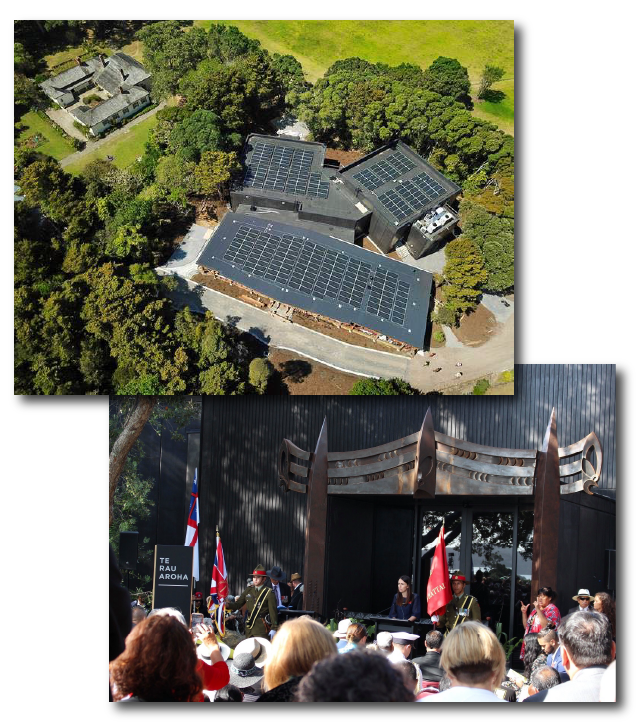 Two other key projects, the Salvation Army Building and a residential property in Langs Beach, are also in full swing.

Both buildings are now ready to have their roofs put on, which is an an exciting time as the bones of the entire building which outline the overall form/shape of the building and space, is now visible.

One constructed with concrete/steel and glass, the other in timber and glass. One heavy, the other light.

We hope that you’ve enjoyed this quick look at some of our most recent projects.

It’s been a fantastic start to 2020 for the entire team and we have some very exciting projects to be completed over the next 18 months, which we can’t wait to share with you.